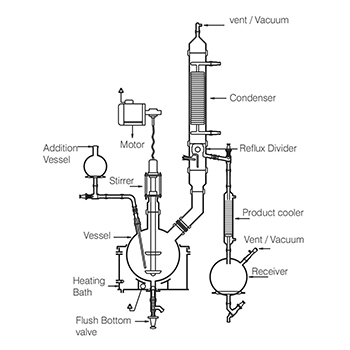 In a fractional distillation unit, the process is divided into three major components, those being evaporation, condensation and collection. During evaporation, crude oil is heated until it evaporates and the resultant vapor is put into a fractionating column. The process of condensation comes in when the temperature of the unit is at its highest, and the condensation results in hydrocarbons getting formed. The last process of collection is pretty straight forward, the fractions or the components that are separated during the process are collected and further used to create various end products.